Briefly about the author.

Simply about the philosophical essence of yoga.

Concentration, skill to concentrate, distraction of attention – an obstacle in the practice of concentration. 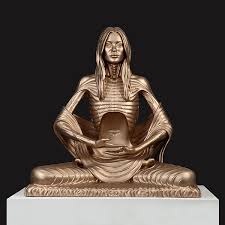 1.1. The whole essence of Patanjali’s “Yoga Sutras” is in the regular practice of attaining states.

1.2. The complexity of the practice of Patanjali’s “Yoga Sutras” is the age of the text itself, which is over 2,000 years old. The “yoga sutra” of Patanjali is separated from the modern reader not only by time, but also by the difference in the mentality of the East and the West.

1.3. For a simple explanation of the “Philosophical Essence of Yoga,” I apply the two principles of Pedagogy: “From simple – to complex” and “From general to particular”. These two principles always work.

1.4. Complexities – repel many. Especially, the complexity of the Sanskrit terminology. Take Sanskrit terms as the names of new acquaintances. This makes understanding easier. The name of the person we learn at the first meeting. So it is the same with terminology.

1.6. We all know Life. First of all, from parents. Then in school. Then in career. Then in the family. So, it is in yoga. And the process of learning Yoga is very similar to the process of learning Life. Yoga is the way to achieve practical skills for getting into high spiritual states. In a case, examples of such high states are the states of Happiness and Love. We will talk about classical definitions of yoga later.

1.8. At the level of physiology, the status of states can be measured. Measure with the hormones of happiness. For example, endorphins. Which create a state of euphoria, along with other hormones.

1.9. What is called a state of Samadhi in yoga is a state of higher euphoria. Which is achieved by the natural way of yoga practice. That is, the state of the Highest Happiness. Such a state cannot be experienced accidentally. To the states of simple and ordinary happiness one must go. One cannot just wait for happiness – it must be built and created. Large consists of small. It is necessary to begin from small to come to the highest. And it does not work the other way around. The path begins with the first step.

1.10. Now you know the goal of the philosophy of yoga. These are states. At the most primitive level. This is the achievement of the state of Happiness. Not with the help of drugs, but as a result of practicing yoga exercises. Of course, this happiness is very far from the usual human understanding (or definition) of happiness.

1.12. “Yoga Sutra” Patanjali writes about these abilities (Siddhas) in his fourth chapter. And this is not the ultimate goal – this is the beginning of Freedom. Simply because after Samadhi, there are many different Samyamas. That is, after attaining the state of Samadhi, 1000 paths open before the adept. And every practice of Samyama opens its way.

1.13. This view of yoga can be called a “look from above,” or a description of the philosophical system of yoga “From the general to the particular.”

1.14. Naturally, the peak of yoga practice, as it is commonly believed, is the state of Samadhi. This level is reached by just a few out of the millions of practitioners, and these “lucky ones” are not in a hurry to share their successes with the population of the planet. They just do not have time for us.

1.15. Three analogies on the “lucky” aspect. For example, at conception, of all spermatozoa, only about 10,000,000 spermatozoa fall into the uterus. The rest die in an acidic environment, even earlier, before entering the uterus. And the egg is impregnated with one sperm. One out of 10 million. This is just an example, to assess the statistics of “lucky” in nature. The same happens in the lottery, where the chance to win is less than the chance of conception. In sports, the statistics are different, but of the millions involved, there is only one gold medal.

1.16. In the practice of yoga, perhaps the same statistics. Although, this is a controversial issue. But you already have examples.

1.18. Raja yoga begins with the formation of a concentration skill.

1.20. This skill, concentration skill, is not taught purposefully. In modern schools and colleges there is no such discipline “Practice of concentration”. This is taught by yoga and other oriental systems of self-improvement.

1.21. Almost everyone who teaches himself concentration, is faced with a “distraction of attention”.

1.22. This “distraction of attention” can be internal and external.

1.23. External “distraction of attention” during concentration practice — are any signals that come from outside through our five perception organs of the world around us. Hearing, sight, smell, touch, tactile sensations. For example, if your child does lessons and listens to music, the sound distracts attention from concentration.

1.24. Like talking on the phone while driving, distracts the driver from the road.

1.26. Internal “distraction of attention” is our thoughts, emotions, subconscious programs, sensations of the body.

1.27. Raja Yoga Patanjali classifies various “distractions of attention” and treats Yoga as a skill “to keep thought from transforming into other images.”

1.28. Therefore, the skill of “concentration of attention” can be considered basic in any practice of yoga. As in ordinary, social life.

1.31. When studying the “Yoga of the Sutra,” the principle “From the simple to the complex,” makes it much easier to understand this ancient and intricate text. Therefore, it is desirable for a beginner to understand the general structure of the Patanjali Yoga Path and, temporarily, to skip numerous details.

1.32. So, the first and basic practice of Raja Yoga is getting the “concentration of attention” skill.

1.34. Usually, children do not want to learn “concentration of attention”. Games with exercises on balance are a wonderful training.